Willie Gregg, from County Antrim in Northern Ireland, is the founder of ‘Willie’s Orphan Fund’ supporting orphans in Thailand.

Moved by the devastation caused by the Tsunami in 2004, former fisherman Willie flew to Thailand to support local fishermen. Whilst there, he was shocked by the plight of hundreds of young children who had been orphaned by the natural disaster. When he arrived back home he set about raising over £250,000 to fund an orphanage to support these young people. Despite initially anticipating his charity’s efforts would last no more than a year, ‘Willie’s Orphan Fund’ continues to help hundreds of disadvantaged children, as well as covering many of the children’s school costs. A number of Willie’s orphans have now graduated from university and have families of their own. The orphanage continues to provide a home for abandoned children and Willie keeps the charity funded by regularly raising £2,000 a month in his hometown of Portrush.

In a personal letter to Willie, Prime Minister Theresa May said:

“By establishing ‘Willie’s Orphan Fund’ in the wake of the 2004 Indian Ocean tsunami, you have supported hundreds of vulnerable children living in Thailand. You should feel enormously proud of your continuous fundraising efforts in Portrush which are helping so many children to attend school and rebuild their lives.”

“I am so proud and humbled for being the recipient of such a prestigious award for my charity work. Thank you so much Mrs Prime Minister. I hope to thank you personally some day.”

Willie gives his response to receiving a Points of Light award: 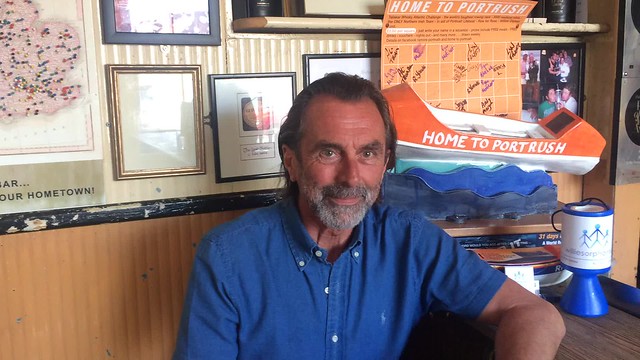 If Everyone Cares
End FGM Campaign