After a 22 year-career that saw her become Mozambique’s most successful basketball player, including playing four seasons in the ‘WNBA’ in the USA, Clarisse set up her own foundation to empower the youth of her native Mozambique. The ‘Clarisse Machanguana Foundation’ targets three primary areas of health, education and sport and led a nationwide, HIV initiative focused on increasing the number of children on antiretroviral treatment. The core of the campaign is de-stigmatisation and re-branding HIV so that children on treatment live long and healthy lives. The online reach and support base increased by 700,000 users and 135,000 pupils were involved throughout the campaign.

The award for Clarisse  will be presented on 19 February at the British Residence in Maputo during a Commonwealth reception hosted by Joanna Kuenssberg, UK High Commissioner in Mozambique.

“This award is a great encouragement to myself and our team at the Foundation and gives us inspiration to forge ahead and create change with our young people.  I am grateful for the opportunities our youth may have from this kind of recognition as Commonwealth Point of Light from Her Majesty the Queen.

“I played basketball for 30 years but now my most important basket to make is for Mozambican youth.  This is a bigger challenge than anything I faced before but I know I can positively make impact on their lives, motivating them to build their self-esteem and confidence to create change.

“While it is a real honour that our team work is being recognised​​, the biggest reward is to see a girl being inspired by my challenging path and by the empowering activities​ we implement​ ​throughout Mozambique as bringing hope and courage to many young people here.”

“This award acknowledges the inspiring work Clarisse does, particularly to young girls to realise their potential. The Commonwealth is home to one third of the world’s population, 60 percent of which are young people on which the future of the Commonwealth depends. Clarisse’s focus on sports to tackle HIV/Aids stigma amongst young people is an important way of contributing for a future of hope in our great Commonwealth family. Clarisse is an inspiring Mozambican. Mozambique and the Commonwealth need more people like Clarisse.” 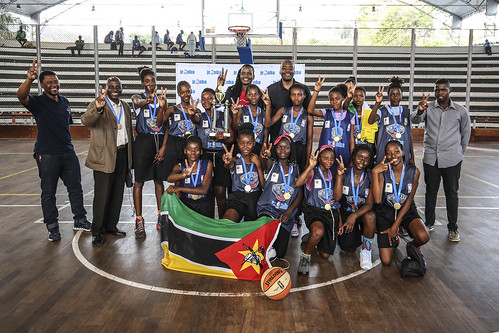 Find out more about the work of the ‘Clarisse Machanguana Foundation’: